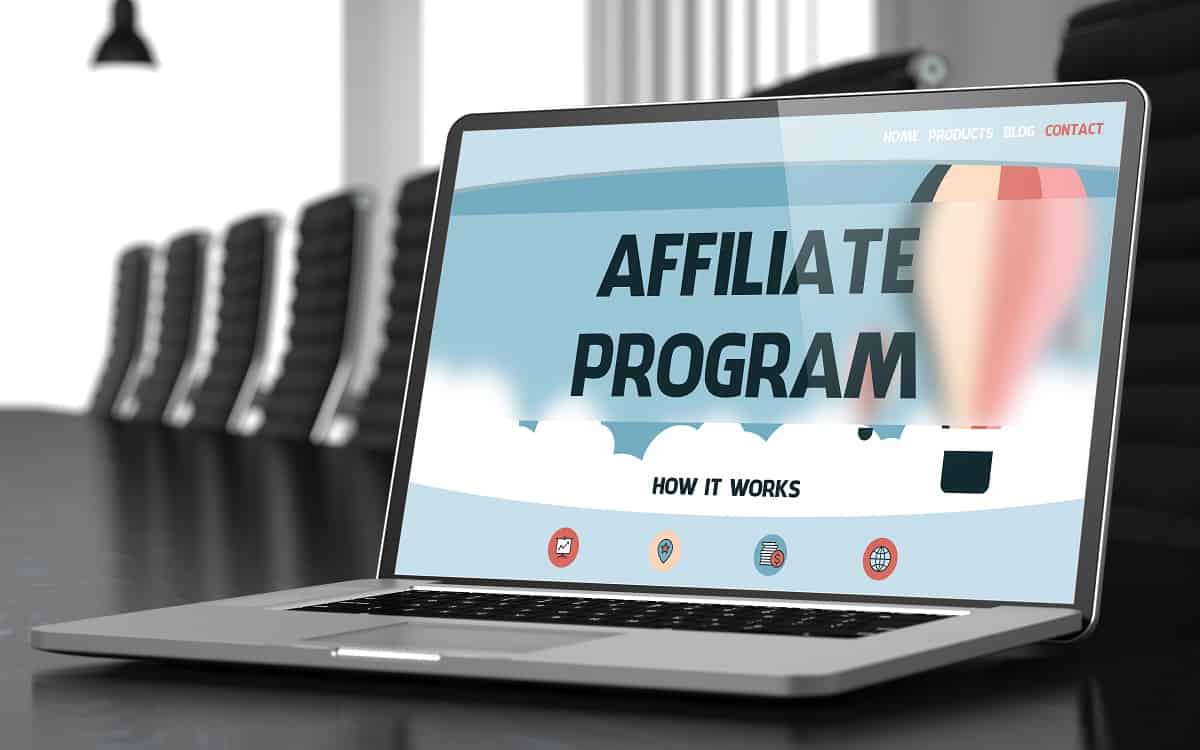 How to Become an Affiliate on Twitch: Facts You Need to Know

If you are looking to make some money by streaming your favorite activities or games on Twitch, you don’t need to be some kind of an online superstar. Twitch has an affiliate program which is great for people who are starting on their Twitch journey.

This is great for people who have a semi-consistent streaming schedule along with a modest database. Unfortunately, not everyone is aware of how to become an affiliate on Twitch.

For many gamers and aspiring gamers, streaming is a common source of income they have at their disposal and Twitch is undoubtedly one of the best ways to earn money doing what you love. Twitch, at present, is one of the world’s leading live video streaming platforms. We’re sure you would want to make the most out of it, so read on to know more.

Twitch is one of the most popular online services where people can watch and stream digital video broadcasts. The brand was founded back in 2011 and it only focused on video games. It has expanded quite a bit ever since and now includes streams dedicated to music, artwork creation, talk shows, occasional TV series, and more.

Twitch features more than two million unique streamers every month and over 25,000 Twitch users make money through the Twitch Partner Program. It is a service providing its streamers with more features such as placements and paid subscriptions.

In 2014, the company was bought by Amazon and continues to remain one of the highest sources of web traffic in the United States of America.

Where to Access Twitch and What Are Its Benefits

The streams on Twitch can be viewed on its official website or through several of its official apps available for Android and iOS devices, Xbox One and Xbox 360 video game consoles, Amazon’s Fire TV, PlayStation 3 and 4, Roku, Google Chromecast, and NVIDIA SHIELD.

Also, anybody can watch videos and broadcast live on Twitch since they are free. In fact, watching does not even require viewers to make a profile or log in.

That said, creating an account on Twitch comes with lots of benefits. For starters, a user can add some of their favorite channels to their follow list. This is vaguely similar to subscribing to a channel on YouTube.

You will also be able to participate in every single stream’s unique chatroom. On Twitch, hosting is popular ways for its streamers to broadcast another channel’s live stream to their own audience.

What Becoming a Twitch Affiliate Means

The Twitch platform in April 2017 launched its affiliate program. The aim of this program is to make earning money on the platform easier and more accessible to streamers who did not come with a ton of subscribers. In less than a year, this resulted in more than 150,000 new affiliate accounts.

At present, the platform has way over two million monthly broadcasters and this makes Twitch one of the biggest video streaming platforms on the set. Unfortunately, this means that many newcomers tend to face quite a bit of fierce competition.

With that being said, the program does offer all its new streamers a unique opportunity to take what they do seriously; that is to make a healthy and consistent income through the program.

Once you become an affiliate, Twitch will enable the streamers to earn money as long as they are streaming on consistently.

What You Gain by Becoming a Twitch Affiliate

For any Twitch user, reaching a partner status is without a doubt the ultimate goal. For any user to reach that status, though, they have to become an affiliate first.

People who own Twitch affiliate accounts in comparison to the ones who own regular accounts are capable of earning more money by getting more subscribers or from in-game purchases and game sales.

In addition to showing support and cheering for affiliate and partner accounts, Twitch affiliates can use Bits. These are premium emoticons to earn money. Both Twitch affiliates and their partners earn a cent every time a user uses a Bit on their channel. To track the revenue you get from Bits, you can find it on the revenue tab on the dashboard.

The number of bits a user gets during a stream is directly related to the number of users following the stream. If a user wants to avoid getting any spam, they can set a limit for a minimum number of bits during each broadcast. However, twitch affiliates cannot use any custom-made cheermotes.

How to Become an Affiliate on Twitch

One of the great things about the Twitch affiliate program is that it is dedicated to building a community. All the gamers joining this platform become an integral part of it in a short period. You cannot just apply yourself to become a Twitch affiliate.

Only qualified streamers get invited via notifications, email, or through an announcement in their dashboard. Once a streamer has been invited, there will be a new section which will appear on their settings tab. This will allow the streamer to register to become an affiliate and even enable Bits.

You can also monitor your progress to see where you stand on the path to becoming an affiliate in the Path to Affiliate which you can access from your account dashboard. This tab will show you exactly how far away or close you are from getting an invitation from Twitch to become an affiliate.

There are a couple of requirements in order to become an affiliate on Twitch, including:

Let us talk about each of these points below more in detail.

The first thing users try their best to achieve is getting 50 followers, but how do you get these followers? Firstly, always begin by playing the games you genuinely enjoy playing.

Once you do that, get to know more people and raid those who belong to the same community as you are. It is also wise to have the same brand name coming across all your social media profiles.

Interact with as many people as you can on YouTube, Facebook, Twitter, and other social media networking sites. By doing so, more and more people on social media with similar interest may end up following you which ultimately means they will check you out the next time you go live.

It is also essential that you use a loyalty system. This is a crucial feature to increase loyalty and engagement. Loyalty systems, such as StreamElements Loyalty System, come with stream currency, stream store, leaderboard, giveaways, and contests.

2. Streaming for 500 Minutes or Seven Days Unique Broadcast in 30 Days

You would think that just streaming endlessly hours and hours on end will make you successful, but what actually works is streaming smarter than harder. You will notice that when you keep a consistent schedule no matter how many days a week you stream, there will be a couple of people coming back. You can also put down a schedule below your stream.

We recommend streaming a minimum of about two hours every time. If you do this for at least seven unique streams, then that way, you will cross well over 500 minutes in 30 days.

As a beginner, it is advisable for you not to stress about the equipment at first. Direct-from-console streaming is also a brilliant way to start your journey on Twitch. There are several users who became Twitch affiliates by only streaming directly from their PS4.

You will notice that as a beginner, even without all those fancy overlays, you will be able to find and keep many viewers engaged by playing a game you are good at and by providing live commentary.

Interaction is the key to keep all the viewers watching your live broadcast interested. Always remember that every single one of your viewers counts, and this is especially important when you are just starting.

Always make it a point to chat with your viewers, whether it is your friend or an absolute stranger who is asking for some gaming advice. Also, ask your followers how they are doing and whether or not they like your content. It is important that you encourage respectful feedback and when it comes to trolls, simply ban them as they are not worthy of your time.

You can also increase your viewership by communicating with your friends and family and telling them what you do. Invite more and more people to watch your broadcast and ask them to spread the word to others, too.

While you do get the chance to make money when you become a Twitch affiliate, do note that there is a 45-day waiting period after the end of the month where you make $100 or more before you receive the money you earned.

It is also important to note that if there is no substantial activity on your Twitch account for at least a year and if you have not earned a minimum of a hundred dollars in that one year, then Twitch does retain the right to shut down your affiliate status.

Now You Are An Affiliate, What Is Next?

Once you are an affiliate, you would be eligible to become a partner on Twitch. However, this massive and popular live streaming service has only about 27,000 Twitch partner accounts.

This very number indicates that to get an invitation to become a Twitch partner is extremely difficult. For this, you have to work hard so that you can get a chance to become a partner and enjoy the privileges this type of account offers.

For a Twitch affiliate, you cannot use any ads in your streams and your videos on demand storage are limited to just two weeks. On the other hand, if you’re a Twitch partner, you can store your videos on demand for 60 days on the platform. Twitch partners are also given the option to delay their streams as much as 15 minutes, whereas this stream delay option is not offered to affiliates.

Even with the payment terms, they tend to be more in favor of the Twitch partners than the affiliates. The payout fees are covered by Twitch and its timeframe is only 45 days. On the contrary, for affiliate accounts, they must cover their own payment fees and the payout timeframe is 60 days.

How to Make the Most of Being a Twitch Affiliate

By becoming a Twitch affiliate, it means you have reached an important milestone on the path to becoming a Twitch partner. While there may not be as many tools to make an income at your disposal, that should be used as motivation to continue making good-quality content.

Never hesitate to contact the customer care support if you want to know more information on how you can improve your channel. They would be able to provide you with quite a lot of information which could help you in becoming a Twitch partner quickly.

You may think that streaming live videos will only require broadcasting your gameplay live. In reality, there is a whole lot more to that if you are looking to make money out of Twitch. We are certain that with the information we provided, you now know how to become an affiliate on Twitch.

Becoming an affiliate and managing a Twitch affiliate account is as good as having a part-time job. Live streaming can become a steady source of income for you if you approach it smartly, professionally, and by constantly working on getting better.