In This Review Of Richard Legg´s Six Figure Apprentice 2019, we aim to get to the bottom of what this product comprises and what value you may get from it, should you choose to purchase the product.

Who Is Richard Legg?

Richard Legg is a successful online entrepreneur who developed his system while he was still studying at University. He refined his system over years and now has a highly attractive selling machine. Richard offers that you can become his apprentice and learn his online marketing system in order to make $100k per annum.

Richard Legg offers to set up not just one but ten websites, which clone his online marketing system. These websites are all Done For You by Richard´s team. All you have to do is DRIVE TRAFFIC to the websites.

Any subscribers who you introduce will be targeted by the support team for all ten sales funnels.

What Are The Pro´s And Cons Of Six Figure Apprentice?

You are buying a clone of an already proven and successful system comprising 10 sales funnels.

You will receive commissions on sales of all products introduced by you, from whatever level of each sales funnel, low level products, through to high ticket items.

You get a 12 month guarantee when you purchase the Six Figure Apprentice system – see below Richard Legg assures that you will make more than 10x your investment in that time.

Are There Testimonials For Six Figure Apprentice?

How Much Does The Six Figure Apprentice Cost?

Six Figure Apprentice costs $997 as a special one off deal.

The normal price of Six Figure Apprentice is $1997. 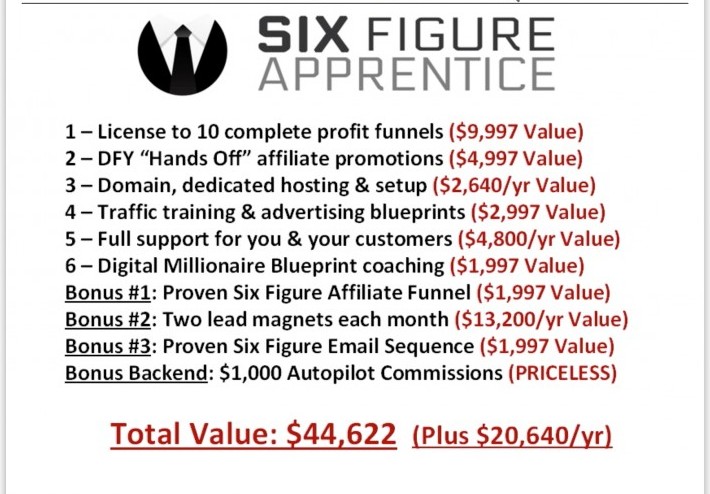 We purchased this product after Review Of Richard Legg´s Six Figure Apprentice 2019, and are currently in the process of trying the system out.

Richard Legg offers a 12 month guarantee with his system and assures purchasers that they will make back at least 10 x their investment during that time. 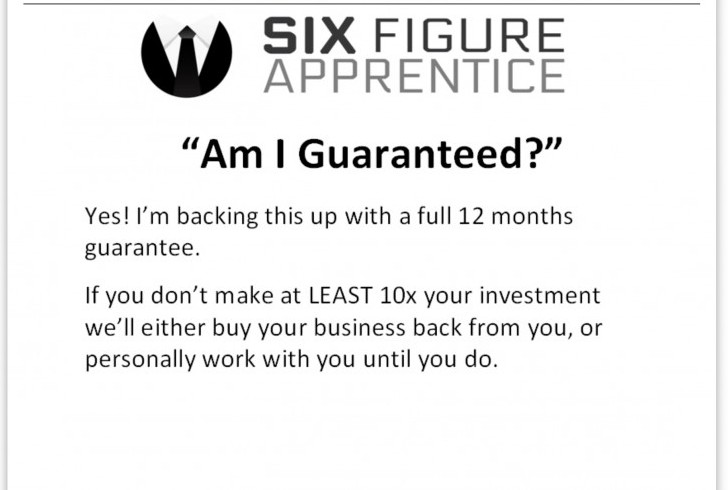 Hi,
Just wondering if are having success with this.
I’m surprised you don’t have an affiliate link.
John

hi john, no i am having no success with this. i need to raise a complaint with richard legg, alan

Just wanting to know what issues are you having with Six Figure Apprentice, and would you say it is not worth buying?

Hi Jeff, I have had problems with 6 figure apprentice since I subscribed to it. I raised a complaint which has not been answered, so i have to escalate things with Richard Legg. Based on my experience I would not recommend it, Best Alan