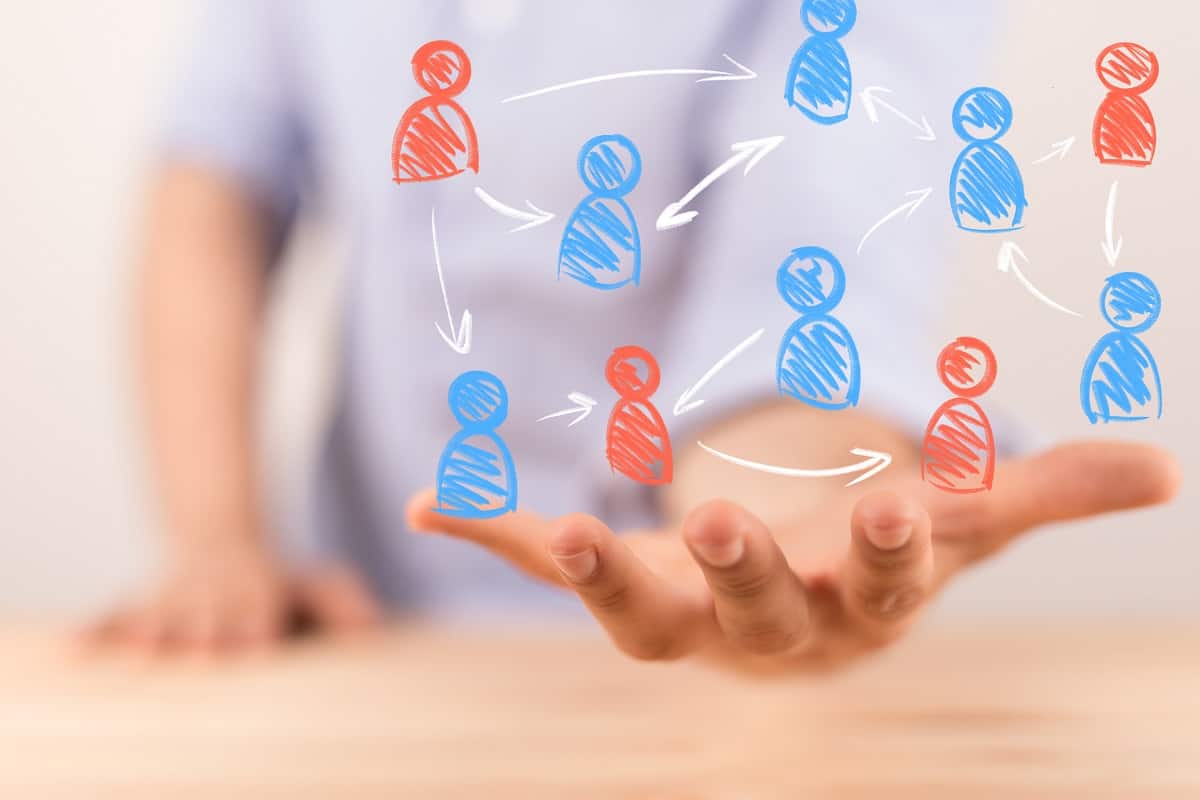 Twitch Partnership vs Affiliate: Which is Better?

If you are a streamer of Twitch or thinking of going to the Twitch platform, you might have heard of two ways you can monetize your brand, and this includes Twitch Partnership and Affiliate.

You have probably wondered what the difference Twitch Partnership vs Affiliate is. Is one easier compared to the other, or is the other one just completely impossible to reach? Let’s talk about all the differences and benefits between the two.

What is a Twitch Affiliate?

Affiliate channels are now allowed to receive cheers in bits as well as subscribers. Meaning with this, now streamers can monetize on their channel without worrying about chargebacks. Before Twitch Partnership Affiliates started, if you were not a partner, you would have to set up a donation/tip button and ask people to donate to you through PayPal.

What Twitch Partnership allows now with being an Affiliate is that there are no more risks to where someone can share bits and they can just easily subscribe to your channel and never have to worry about any kind of chargebacks as a streamer.

Requirements to be a Twitch Affiliate

In order to become an affiliate here are things you need to meet:

The affiliate program uses bits to determine your revenue. When another member of Twitch purchases bits and then cheers, you will make a designated amount of money. Affiliates get one cent for every bit that is cheered.

Payouts for actual Twitch subscriptions are different. The subscription model utilizes a three-tiered system, and the affiliate will receive 50% of the subscription amount when purchased through their link.

Perks of Being an Affiliate

Here are the advantages and benefits of being an affiliate.

As an affiliate, you are not guaranteed of transcoding. You may receive transcoding, but it does not necessarily mean that bigger affiliates get bigger transcoding. Sometimes affiliates that are streaming a little more often or have slightly more average viewers in their channel can receive more transcoding. What transcoding does is it allows the viewers to click on a sprocket at the bottom of the video and change how they watch videos.

For example, if the audience is watching through their mobile phones and does not want to watch you in 1080p, they can downgrade it to 720p to save themselves data in the process. It can even be downgraded lower which before was only accessible twitch partner-specific and not guaranteed for affiliates.

What happens is that the audience can stream if they want as long as they click the small button in their dashboard that says, “save my past streams.” What that will do is it will be put a catalogue of videos into on-demand or VODs and will be saved up to 14 days.

Any stream that the viewers have done in the past or uploaded to twitch can be viewed as a rerun when they are not streaming it live. It lets them still engage with their community since, even though they are not streaming live, they still get the content to watch. Premieres, on the other hand, can include when a new game is about to come out and the streamer can set a premiere notice which then sends out a notification to all their followers on Twitch. It is like a form of a reminder to let them know that you are about to go live with that premiere, which is a good option that affiliates get to have.

Back then, streamers had to wait 45 days for their pay-out to reflect, which was a long period of time. And then it went down to 30 days and eventually dropped down to 15 days which is a perk that every affiliate enjoys now.

What this means is that as a twitch partnership affiliate, you are allowed to have up to five emotes on your channel. However, affiliates don’t have them right away, they have to earn them, and you earn them by subscriber points. The more people that subscribe to someone’s channel, the more likely that affiliate can unlock all five of them and once they get to unlock all of them, they do not have to constantly keep going back to earn them.

Say you are playing the new Battlefield Six or Call of Duty, what it does is that it pops up below the streamer’s video saying something like “you are now playing game X” and if the viewer chooses to play the same game with the affiliate, they can recommend them by clicking the button below their video which then takes them to the Twitch platform and allows the viewers to purchase the game. As an affiliate, this allows them to collect a small monetization off that sells.

For this type, they almost get the same perks as an twitch partnership affiliate, one of which is having reruns and premieres and 15-day pay-outs and even game sales revenue, but they still have a few differences. For example, for partnership, they can earn up to 60 emote. Just like the affiliate unlocking those 5 emotes, partners must unlock the 60 through their subscribers which is a lot more work to unlock all of it compared to being a Twitch affiliate since finding the 5 emotes easier to achieve than the 60.

This is the next level of the affiliate program. With this program, you get the same perks as a simple affiliate, but there are many more features and a few extra ways to make money, such as ad revenue. However, there are more hoops to jump through to get to the level where you meet the requirements needed to up your game. You also get better direct support from Twitch and custom emotes.

Requirements to be a Twitch Partner

In order to become a partner, here are the requirements you need to meet:

The commissions you get are very similar to the ones attached to the affiliate program. You also will get a commission off of subscriptions made through your links, but, at the top level of partnership, you will make 70% instead of 50% off of these sales.

You can also get donated bits, and, with this revenue stream, you will be making the same one cent per bit as the affiliates do.

Now, let’s talk about the biggest benefit of being in the partner program…ad revenue. The amount of revenue made off of this option depends on how many commercials you want to show during your stream. There are some streamers that make a couple thousand dollars off of a couple thousand views while showing minimal ads. This is a scalable money stream that could help you out.

There are also other revenue streams that Twitch Partnership have access to. Things like sponsorships or brand deals are easier to get when in the partner program. This is when brands pay you to wear, play, or promote their product to your audience, and you are compensated for doing so. This is like a live advertisement for whatever brand is working with you.

Perks of being in a Twitch Partnership

Here are the advantages and benefits of being a partner:

Twitch Partnership can monetize off of ads. Not only that, but they are also entitled to run live streams and be ad-free for subscribers. What this means is all of their subscribers do not have to go through an ad while they are watching the live stream. However, for those who are not subscribed, they are subjected to watching the ad and having that stream break. Thus, the viewer can miss 30 seconds of content which eventually makes them want to hit the subscribe button to avoid that stream break.

Any other viewers, whether they are watching it on their iPad, a mobile, Xbox, or any other device, have access to a transcoder which allows them to change how they want to view the content. Whether it be 1080p, 720p at 60 frames, 720 at 30 frames etc. The viewers can downgrade that to where it is not killing their data.

Unlike affiliates that only have 14 days of VOD storage, partners can have up to 60 days of a backlog of their live streams or upload content. This is convenient, especially if they have a bigger community and viewers have their day to day tasks. And, if they feel like they miss a stream, they can always go back and watch that on a later date and not have to watch it within a two-week period with the worry of the stream falling off.

Stream Delay up to 15 Minutes

You might be asking why a partner would want to increase their delay up to 15 minutes, but this is for a lot of professional gamers out there that are playing games such as League of Legends, Pub G or Fortnite and they are having issues with stream snipers which, by the way, means cheating in a game by watching another player’s stream. So, partners crank up that delay up to 15minutes to avoid being sniped; however, the side effect is that they do not have instant access to what is going on in the chat.

No Pay Out Fees

Even with affiliates, there is a fee when it comes to being paid out within that 15-day timeframe. The only difference is that the pay-out fees for the partners are already covered by Twitch itself. With partners, Twitch eats out the fee which then saves the partners a lot of bucks when getting their pay-out.

Partners are considered VIPs to Twitch, basically being higher up on that tier ladder when it comes to customer support. This means that if you are having issues such as connecting to the servers on Twitch or your streams do not look that appealing, a partner can ask Twitch for support regarding the matter. This saves them time from sitting and waiting for the solutions to come. Unfortunately, affiliates do not have this perk at all.

Just like other social media accounts like Twitter or Instagram, Twitch also provides verified badges for streamers who usually have a bigger community and higher subscriber count. After all, being a partner is a lot of work before a streamer can achieve that status in the gaming platform.

If you are a casual streamer and are not looking to make a career of this, then the affiliate program is just fine for you. Signing up for this program will allow you to make a little side money and is a great side hustle. If you are dedicated and stream regularly with the intention of making this your career, then working to get your way into the partner program is an ideal goal.

In the end, the decision of which avenue is the best for you depends on your goal and your dedication. Both have their benefits and very few disadvantages, so the choice is yours.

When it comes to Twitch partnership vs affiliate, while it’s true that a partner is a VIP status and makes more money than an affiliate, they are both a part of the Twitch community. The takeaway is, whether you’re a Twitch affiliate or partner, it’s always your responsibility to make sure that you give your subscribers and viewers the value for their support and money. This means putting content that is valuable, true, and entertaining in the platform, and not just subpar videos eating up people’s time and money.

Hi John, thanks for taking the time to comment, Alan.